Hello, I am Godfrey Meyer, a #cryptoartist painting and working in 3d / VR. I create original NFTs, works of arts, develop virtual reality worlds, and very active in the development space of NFTs. My whole life I have been composing and producing music, and I found that in VR / video game design, I am able to bring music and all of my artwork together in awesome immersive ways. As we explore the AudioNFT space I am creating works of art around Sound, and various ways to visualize it. We mint our works onto the blockchain as "CryotoArt". For the last 10 years I have been producing music for many TV networks. I made the background jingles you heard on many TV shows. I also have been releasing independent music under my name and "Boomboxhead" for many years. I got into crypto art while working on virtual reality art galleries for artists in the space. We are developing ways to create awesome user expierences for viewing, trading, and intagrating NFTs into Web3. I am very active in building the "Metaverse" and working with content creators and developers in the space. I met some very nice people in cryptoart, and since then, I have been working full time in cryptoart building virtual reality spaces for various companies, artists and brands. I fell in love with the community, and found my place in this cryptoart family because of the kind community. I am very excited for the future, and to be able to express my art in these new mediums. Here is a breakdown of some of the clients I work with, and things I work on, if you have any questions about anything please reach out! 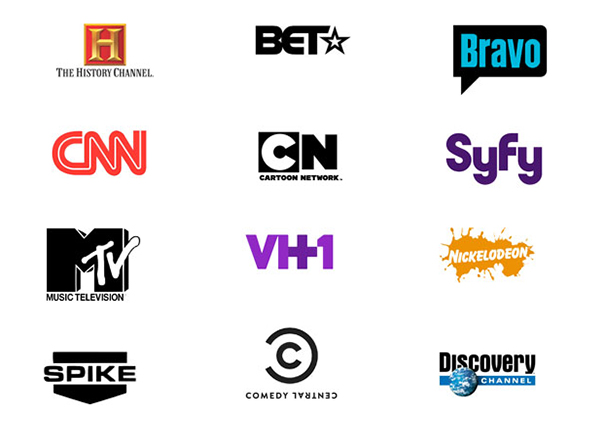 I create 3d production environments for live broadcast and virtual performance inside VR using Unity3d. I have been creatin VR worlds a long time! Some of the clients I have created production studios for are Outlier Ventures, Gunters Universe, CoinDesk, Known Origin, Nifties, Joy, Coldie, DankVR, Youtubers, Twitch Streamers, and virtual event spaces for Webaverse, M3, and Other Web3 Devs. This is an extremely new concept, and I am active in the VR development communities of "Social VR". I create and produce 3D content, stages, and custom production environments for Virtual Productions. We use 3D avatars to blog, podcast and create digital media content using game engines to revolutionize traditional pipelines. I create virtual "soundstages" and create advanced camera rigs with animation to meet any production needs. Some of the studios I have built are the, VR Recording Studio, and a Green Screen Studio, as well as podcast rooms with custom production tools. We stream from these rooms, and film music videos over the network in real time. I have produced over 10 music videos inside VR, and I continue to create custom sets for others in live broadcast and virtual performance as well as continue to create content for my own music releases. Please check out some examples of virtual worlds I have built!"

I have been writing and composing music for over 10 years, and have placed 100's of beats, and songs on many TV shows and Television networks, Some of them include: A&E, Animal Planet, BET, BET2, Bravo, Centric, Com Central, Discovery Network, History, Indie Films, Logo, MTV, MTV2, MTVTR3S, MUN2, Nat Geo, NBC, Nick, Oxygen TV, Spike TV, Sundance, Telemundo, TLC, Travel, VH1, Women ENT, Dest America, CNN, NFL and so many more! I currently continue to write for TV Publishing and submit 100's of songs a month, to catalogs and publishers. I also have credits with artists such as Wiz Khalifa, Gucci Mane, FloRida, Pleasure P, The Outlaws, Hi-Rez, and many more! Currently I write music and self publish as myself under my name, and have released a few studio albums collaborating and working within the industry. I currently have my music distributed worldwide available on all platforms and consistantly grow as an artist / producer. Check out some examples of my work

I was a recording engineer on the My Music Series - PBS, and recorded live big budget shows, traveling to 5 countries on tour with a crew. I gained lots of experience working under lots of pressure, and strict deadlines. I was responsible for setting up stage audio, and rigs to record these live shows with 100s of artists, and bands from the 50s, 60, 70s. I then did post production editing on all of the audio from the shows. Some of the artists I worked with: Fifth Dimension, Yvonne Elliman, The Cowsills, Frankie Avalon, Gary Wright, Andy Kim, Dobie Gray, Sonny Geraci, The Chi-Lites, Kay Starr, Margaret Whiting, Bellamy Brothers, The Tremeloes, Petula Clark, Wayne Fontana, Paul Jones, LuLu, Denny Laine, Frankie Valli, The Trammps, B.J. Thomas, Debbie Reynolds, Bill Medley, John Kay, The Four Aces, The Four Tops, Robert Gullet, The Zombies, The Troggs, The Temptations, The Four Seasons, The Four Lads, Ed Ames, Bill Anderson, The Drifters, Patti Labelle, Wild Cherry, KC and the Sunshine Band, Pure Gold, Frankie Laine, Patti Page, Roger Williams, B.J. Thomas, Billy Swan, Hank Locklin, Crystal Gayle, Roy Clark, Ferlin Husky, Glen Campbell, and many, many more.

At Full Sail I studied the ins and outs of engineering music, and audio post production. During my studies I worked on many projects and academia with other students in other programs, developing an interest in all media production from game development, to filmmaking. With music being my passion and focus, I have went on to produce music professionally after graduation and work as a recording engineer in commercial studios, tours, and run my freelance business from a home studio.

I will be having my artwork projected onto the clocktower during the "Hack The Tower" event during ETH Denver! Check back soon and on social for updates!

I have created a Recording Studio inside Social VR where people can join together over the internet and make music inside VR. This is a project I have been working on inside social VR. We also have made full production studio environments with custom tools to use VR as a medium to make music videos, films, skits, live broadcasts and more. I have been very active in the "vTuber" movement, where people are creating 3D avatars and using 3D spatial computing as a foundation for making content and multimedia. I build the environment and bring production experience to this emerging field of "Virtual Production". Check out some behinds the scenes of how we produce music videos inside VR with this video:

I have curated 4 art exhibitions inside social VR with artists all around the world, bringing their works into Social VR to be displayed in 3d in VR over the network. We put on shows with an average of 30 artists, and sucessfully put on free virtual events, gaining valuble insight into hosting virtual art galleries putting on these kind of events inside VR. We showcased 3d sculpture, animated artworks, interactive works. and traditional 2d works. This project is on going, and I am currently active with other artists creating more VR Galleries and exhibitions in the VR / AR and cryptocurrency space.

On new years, Deadmau5 (Producer) and Justain Roiland (Voice Actor For Rick and Morty) used my virtual production set inside VR to film and produce a spot for his live performance on new years. We filmed actors as avatars in real time over the network, and with a custom green screen production set. This footage filmed with VRCHAT was composited with CGI, and projected onto his live set with success.

Along my journey, I have produced 4 studio albums, and many singles that are available on all platforms for sale / stream. I self publish my music, and I am a songwriter with BMI. I continue to write music daily!. You can find all of my music on Soundcloud, Pandora, Google, Youtube, and all other outlets. More recently my music has been aggregated to all of the apps and social platforms like TikTok, Facebook Stories, and Instagram Stories through my distribution outlet.

You can jump into CryptoVoxels right now and check out these NFTs on display right in your browser!

Created a virtual shop on mozilla hubs for MetaFactory.

I worked in collaboration with others on building a virtual reality film set for Gunters Basement. We designed a custom camera rig for the show to be filemd live inside virtual reality on Unity3d. I also did the lighting. Check out Gunter's Basement live on Twitch!

I modeled a 3d art gallery for cryptoartist Coldie, with a realtime virtual production studio. We created Coldie an avatar, and a studio so that he can have a space for his digtal works, as well as a gallery space to do virtual reality events.